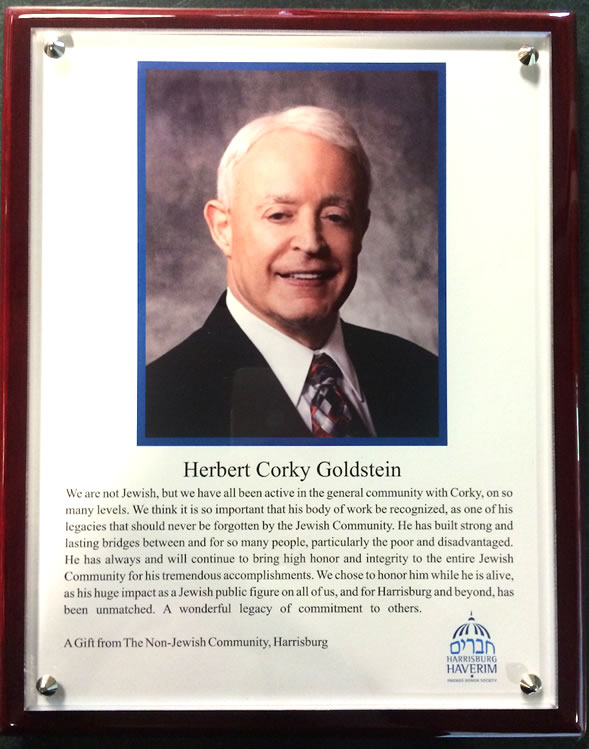 He has now received the very distinguished honor of being placed in The Jewish Federation of Greater Harrisburg’s, distinguished “Legacy Hall of Fame”. This prestigious Award is for his numerous civic and community activities and his outstanding Legal career. What is so special is that Corky’s nomination was made by 18 non-Jewish major community leaders who also made a large donation in his honor. They wanted to have Corky see in his lifetime how important and appreciated his tremendous efforts have been for Greater Harrisburg (which includes Dauphin and Cumberland counties).